There are approximately 50 million people around the world living with epilepsy making it one of the most common neurological diseases globally.

The risk of premature death in people with epilepsy is up to three times higher than for the general population.

In many parts of the world, people with epilepsy and their families suffer from stigma and discrimination.

It’s estimated that 1 in 100 people have epilepsy

There are more than 300,000 Canadians living with epilepsy.

There are approximately 2.2 million Americans living with epilepsy.

There is currently no “cure” for epilepsy. However, for 10-15% of people with epilepsy, the surgical removal of the seizure focus – the part of brain where the person’s seizures start – can eliminate all seizure activity. For more than half of people with epilepsy, medication will control their seizures. Additionally, some children will outgrow their epilepsy and some adults may have a spontaneous remission.

Not everyone can identify specific events or circumstances that affect seizures, but some are able to recognize definite seizure triggers. Some common triggers include: 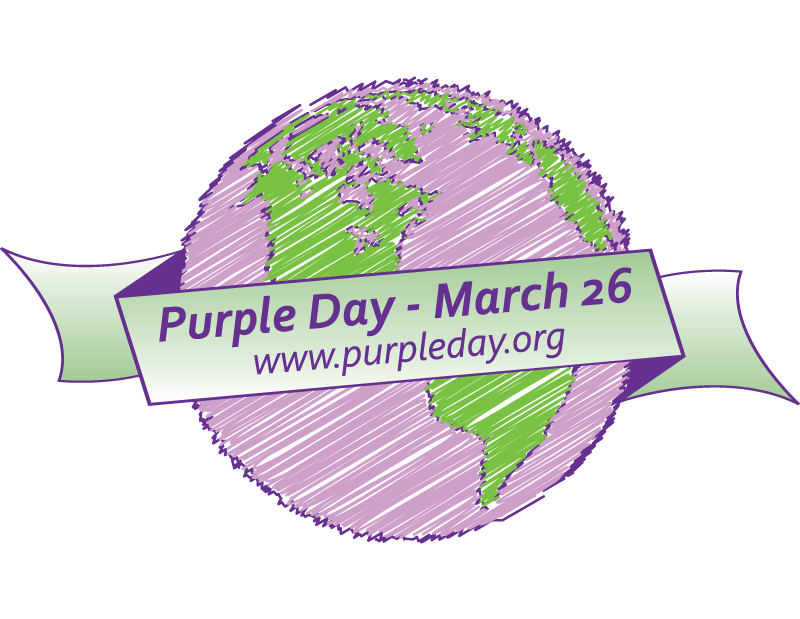 Purple Day is brought to you by Cassidy Megan and the Epilepsy Association of The Maritimes. In the United States of America, Purple Day® is a Registered Trademark of The Anita Kaufmann Foundation. ALL RIGHTS RESERVED. No part of these posters, bookmarks, website, may be reproduced for COMMERCIAL USE IN ANY FORM, PHOTOCOPY, ELECTRONIC MEDIA OR OTHERWISE without written permission from either THE EPILEPSY ASSOCIATION OF THE MARITIMES (EAM). Classroom use or educational use is permitted if the origin is acknowledged. NOTICE IS HEREBY GIVEN THAT THE PUBLICATION OF THE ABOVE REFERENCED MATERIALS INVOLVED EXTENSIVE RESEARCH AND RESOURCES, AND THE RIGHTS OF EAM AND AKF WILL BE STRICTLY ENFORCED INCLUDING COMPENSATORY AND PUNITIVE DAMAGES. * The only officially recognized logo for the National/International Purple Day Campaign For more information or to request permission for use of Copyright Material, contact partners@purpleday.org.